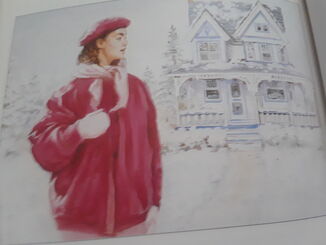 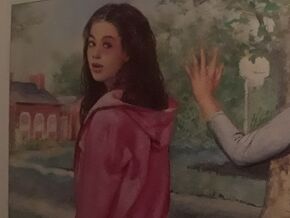 The town they live in has a downtown area nearby. The Magic Attic Club have often traveled downtown to pick up Ellie's prescriptions, to join movie star contests, to get books from the library, to visit the pool, to get ice cream, and more.

A university is located within the same city, though maybe not too close to Primrose Street. Rose was recorded as saying she lived "near the university", stating that it's a university situated within the town. However, it must have been far enough away that Rose's family had to enroll her in a new school. 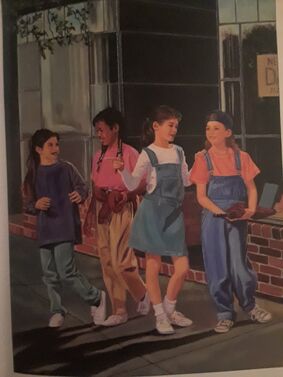 On their adventures, the Magic Attic Club have been to many locations, both real and fantasy. Typically, they go wherever their imagination leads them. Read up on the adventures in the following sections to see the locations they visit.

1. The Secret of the Attic

2. Heather at the Barre

4. Heather, Belle of the Ball

7. Alison Goes for the Gold

8. Alison on the Trail

11. Keisha To the Rescue

22. Trapped Beyond the Magic Attic

26. The Ghost of Camp Whispering Pines

29. Heather and the Pink Poodles

32. The Jewel of the Sea Cruise

33. Megan and the Borealis Butterfly

37. Jane in a Land of Enchantment

38. The Mystery of the Pharaoh's Tomb

Community content is available under CC-BY-SA unless otherwise noted.
Advertisement