The Magic Attic Club Wiki
Register
Don't have an account?
Sign In
Advertisement
in: Magic Attic, Alison, Keisha,
and 5 more 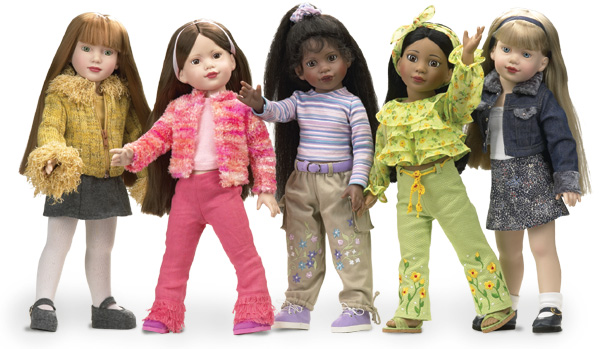 In 2003, the Magic Attic Club underwent a major re-branding and reboot to become The Magic Attic Collection. There were a few changes that occurred as a result. The new brand was met with mixed reception.

Mostly, the original four characters, Heather, Megan, Keisha, and Alison, remained the same. However, one synopsis suggests that they were 15-year-old girls in their introductory book. How they meet one another is also changed.

The character that underwent the most changes was Rose. Rose's name was changed to Rosa and her heritage was changed to Hispanic instead of Cheyenne. This was negatively received by most fans.

Her interests were also changed. While Rose enjoyed computers and soccer, Rosa was more interested in being a reporter. This change may have been due to computers becoming more of a household item that generally everyone began using.

Hola! I'm Rosa. Grown-ups call me a go-getter and I guess I do pretty much go after what I want. I'm not afraid to speak my mind, either, which sometimes gets me in trouble. My Dad tells me to think before I speak, but sometimes I forget. I like to help my mom cook dinner for our family, and I'm putting all of our favorite family recipes on the computer so they never get lost. I dream of becoming a famous news announcer, so I can be the first to tell everyone what is happening. I think I'd be good at interviews, too, because I can speak both Spanish and English. One more thing - I love the color green! -Rosa

Chloe was cut from the reboot altogether.

Ellie Goodwin was replaced with Aunt Maggie, Megan's aunt, in the new introductory story. Aunt Maggie saves the girls from a school assembly during a winter storm and takes them up into her attic. Aunt Maggie displays more of an adventurous personality (similar to Aunt Frances in the original series) in comparison to Ellie Goodwin's mysterious aura. It was rumored that the change occurred because the new producers found it appalling that 10-year-old girls would be invited into a stranger's home so quickly and would visit that person's attic often. Aunt Maggie does still have the loyal dog companion Monty around.

The story was altered by author Marcia Wilke.

Synopsis 1: Aunt Maggie put the old-fashioned key in the lock of the small door and swung it wide open. The girls could see a stairway leading up into the dark. Aunt Maggie ducked her head, went through the door and started up the steps. "Follow me, ingenues." Share the adventure on this snowy day with 5 fifteen year old girls as they go on a magical journey and learn about themselves.

Synopsis 2: The day we first became friends was during the big blustery blizzard, when Megan's Aunt Maggie rescued us from the school assembly and gave us the key to her attic. She said we can play there any time and always remember to use our imagination. What we found was like a dream come true. There's a wardrobe in the attic filled with the most beautiful dresses you've ever seen-ball gowns, ballerina tutus, princess gowns, plus fashions to wear for all our favorite pastimes-like cheer-leading and figure skating! That isn't the best part. There's a golden mirror in the corner of the attic. You just dress up in a fashion and look in the mirror, and all of a suddenly you find yourself off on an adventure, like a fantasy that becomes real! You can have a key to the attic, too, and play with us whenever you want. It's so much fun, like having a birthday party that never ends!

It appears that there was supposed to be more than one book considering the introductory book is listed as "Book 1". 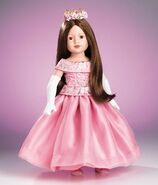 Princess For a Day 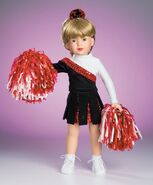 Star of the Ice 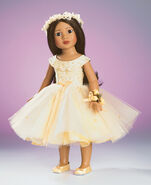 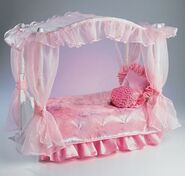 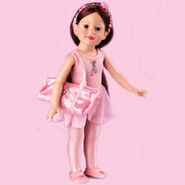 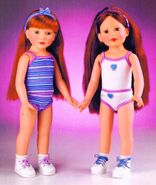 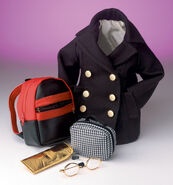